When I arrived in Agra my tuktuk driver explained in his casual tone, “Agra is just a small city, 2.5 million people and no factories.” I debated telling him I come from a town of just 15,000 people and decided against it.

Compared to Varanasi the air was cooler, the roads were paved and the cows were considerably less of a nuisance.

As soon as I spotted pink flecks in the clear sky I ordered a tuktuk to take me to sunset point where I could watch the sun disappear and set the Taj Mahal on fire with it’s afternoon shades.

We rolled up just as the moon was bright and brilliant, the daylight was swiftly fading leaving the city to gradually light up it’s skyline. A small and savvy Indian boy selling snow globes on the street sensed my rush not to miss the magic and grabbed my arm, leading the way to the best view.

We walked straight past the garden entrance, avoiding the entry fees and instead took our place in a secret field next to the police line where a machine gun armed officer joined us to take photos and watch the long grass blow in the evening breeze.

I was the only tourist in site and relished in the beauty right ahead as the palace disappeared into the night and the Indian boy told me how to pose for pictures, accompanied by the supervision and nods of approval from our police friends. 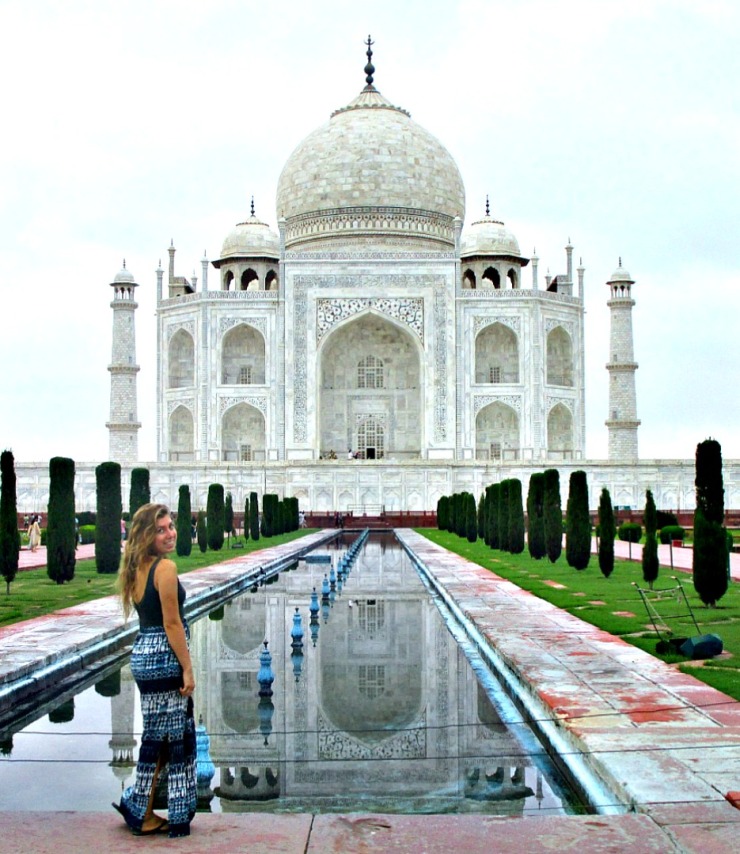 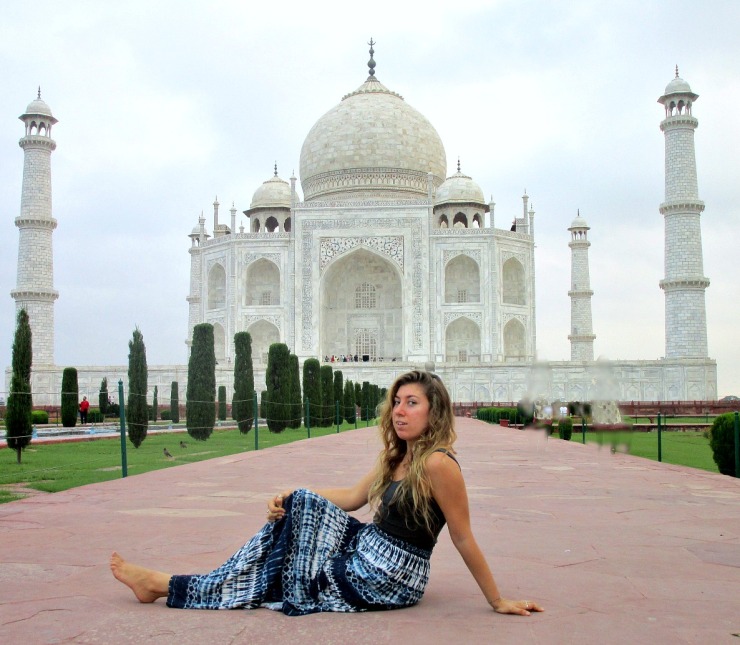 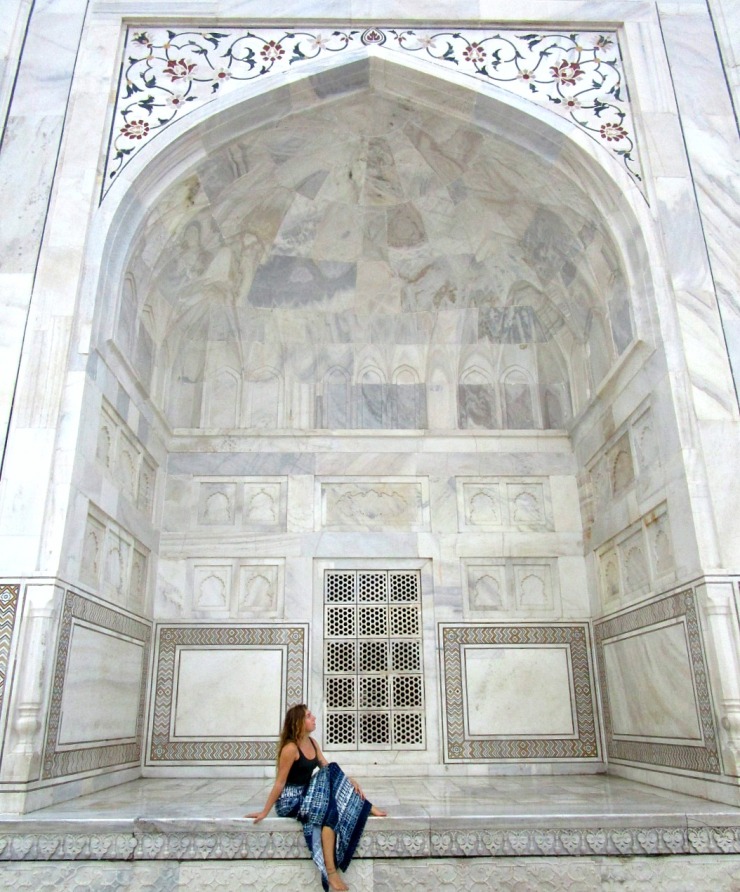 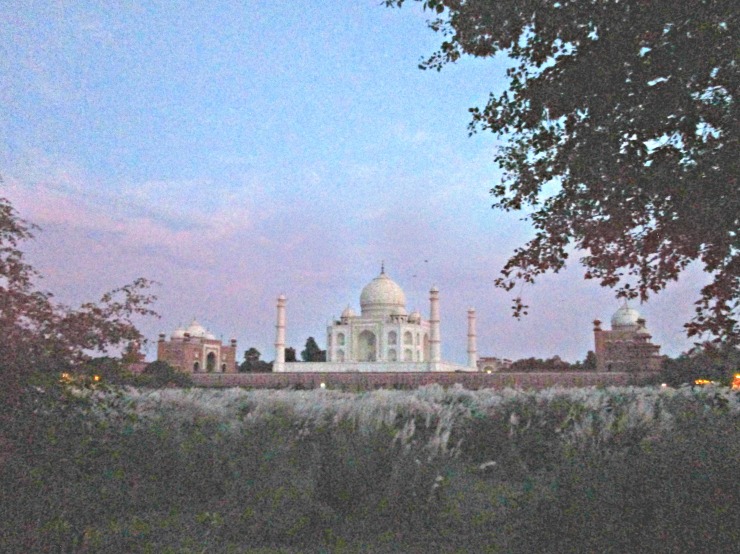 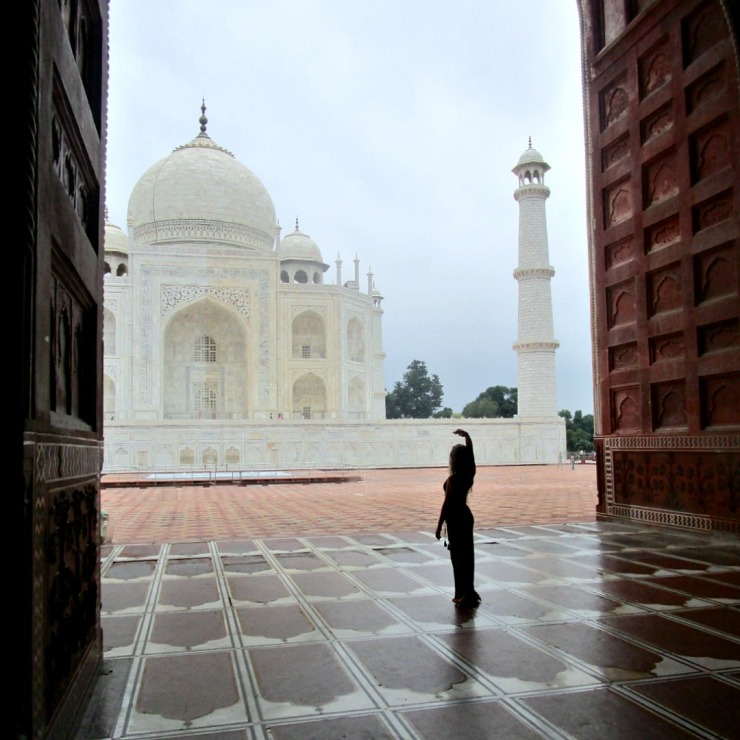